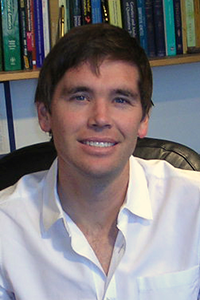 Assistant Professor
Entomology
1630 Linden Dr., 637 Russell Labs
(608) 262-2956
sean dot schoville at wisc dot edu
Schoville Lab
Emerging challenges to biodiversity, such as climate change and species invasions, have triggered cascades of ecological and evolutionary responses, including rapid evolution, population booms and busts, and extinction. The rapid pace and global scale of environmental change require a deeper mechanistic understanding of evolutionary ecology, if we hope to understand, let alone foresee, how multiple levels of biodiversity (genes, species, communities, and ecosystems) are being reshaped. My research program investigates evolutionary and ecological processes through the use of population genetics and molecular data, with the goal of developing a clearer understanding of how space and time influence environmental adaptation within species, the formation of new lineages, and the dynamics of species interacting in communities over evolutionary time. I focus on fundamental questions, such as: How does rapid evolution reshape genomic structure and variation? How does spatial variation drive adaptation and the maintenance of genetic diversity? How are species distributions shaped by environmental variation over long time periods and does this depend on species interactions? How do communities respond to changes in environmental variation?